From The Times of London

The end of the Internet is near — and in less than three years, according to the Organization for Economic Cooperation and Development.

The reason? More than 85% of the available addresses have already been allocated and the OECD predicts we will have run out completely by early 2011.

Beneath those names lie numerical Internet protocol addresses that denote individual devices connected to the internet. These form the foundation for all online communications, from e-mail and web pages to voice chat and streaming video.

When the current IP address scheme was introduced in 1981, there were fewer than 500 computers connected to the Internet. Its founders could be forgiven for thinking that allowing for a potential 4 billion would last for ever. However, less than 30 years later, the Internet is rapidly running out. Every day thousands of new devices ranging from massive web servers down to individual mobile phones go online and gobble up more combinations and permutations.

“Shortages are already acute in some regions,” says the OECD. “The situation is critical for the future of the internet economy.”

As addresses run dry we will all feel the pinch: Internet speeds will drop and new connections and services will either be expensive or simply impossible to obtain. The solution to the IP address shortage is an upgrade to new addresses that can accommodate our hunger for online connectivity. Such a system, called IPv6, was agreed more than a decade ago, providing enough addresses for billions upon billions of devices as well as improving Internet phone and video calls, and possibly even helping to end e-mail spam. 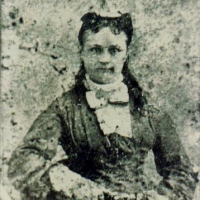